Home » Who are we? » Gazechim Composites

In the 1970s, the Gazechim Group decided to diversify its activities. In 1973, a new activity was introduced in France: the distribution of composite materials. Today Gaz Comp is a leading distributor of composites materials in France and Europe.

Since 1999, the Gazechim Group has continued to expand in Europe and now conducts its composites business in 23 countries.

The Gazechim Group employs almost 650 people around the world. 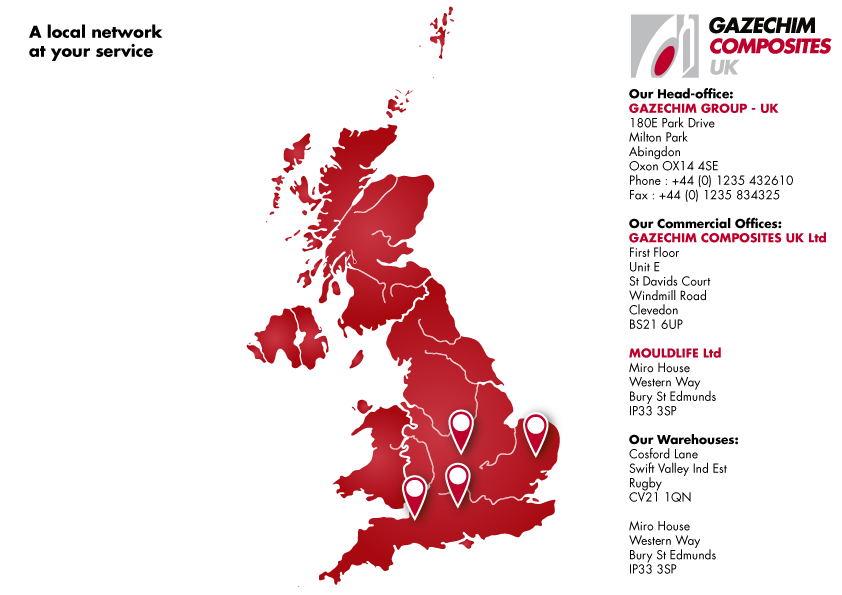 thank you for filling in the fields below to complete your registration.

Go to the product catalog
Get an express quote

Oops! We could not locate your form.